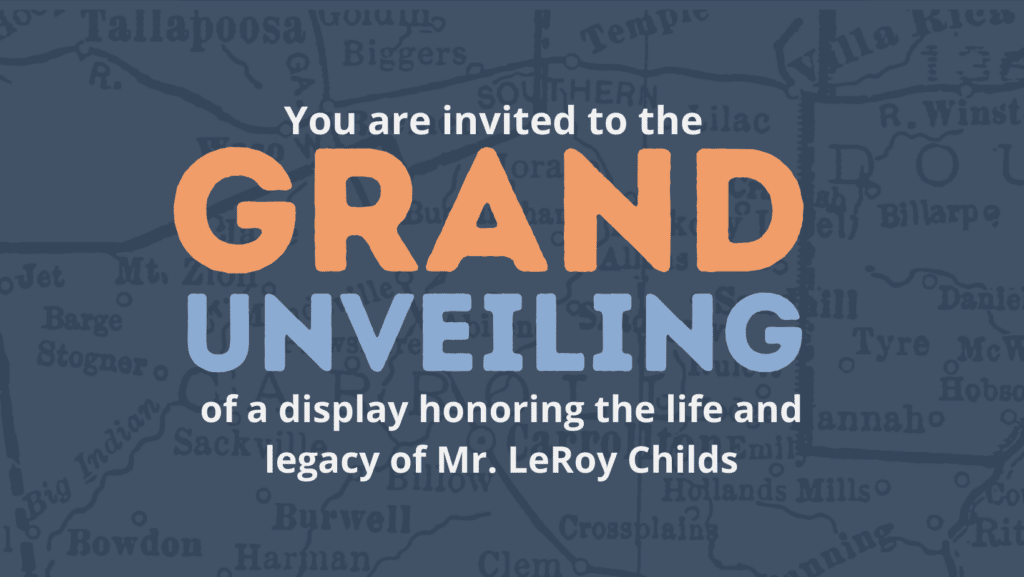 Mr. Childs worked tirelessly to advocate the importance of libraries to state and federal legislators. Before taking the role of Director, he served as the manager of Carrollton’s King Street Branch. In the early 1950s, the National Delta Sigma Theta Sorority (a historically Black sorority founded at Howard University) gifted a bookmobile to the King Street Library.

Mr. Childs relied on strong relationships with the African American schools in the five-county area to secure additional outreach space to bring the library materials and programs where they were most needed. Working with the school libraries, Mr. Childs fostered an environment that also encouraged adults to borrow from King Street’s collection.

“I was very gratified to contribute to Mr. Childs’s exhibit and grand unveiling.

He was a legend in his time.”

Current WGRLS Director, Stephen Houser, says “Mr. Childs was with WGRLS for over 30 years, and during that time he exemplified the ideal of service to others. From managing the King St. Branch, to driving our bookmobile all over the region, to becoming the first Black public library director in Georgia, Mr. Childs was a true trailblazer. We are honored that Mr. Childs is part of our WGRLS history, and are happy to be able to honor him as an important part of our community’s history.”